A Lansing-area boxing club has agreed to settle a lawsuit for an undisclosed amount after facing allegations that a young boy suffered severe brain damage from participating in a 2008 amateur boxing match. The lawsuit, filed by the family of Juan Contreras, accused Lansing’s Crown Boxing Club and its affiliate USA Boxing, of negligence.

Juan participated in about on March 15, 2008, at Chenery Auditorium when he was just 12-years-old. During the course of the fight, Juan was apparently hit repeatedly in the head. Consequently, doctors diagnosed Juan with a subdural hematoma. Juan is now fifteen-years-old and suffers from brain damage. In the lawsuit, his family argued that Juan’s condition was exacerbated by the fact that there was no ambulance present at the fight and that his coach failed to properly prepare the young boy before matching him with a 13-year-old opponent. Juan was in a coma for months before reviving and will most likely never live a normal life because of the head injury he sustained. He has regained the ability to breathe on his own, blink his eyes, and move his arms, but is largely unresponsive to communication.

The lawsuit specifically named Crown Boxing’s president and Juan’s head coach. It also named the owner of East Side Boxing Gym, who according to the Contreras family, ruefully promoted the boxing match for March 15th when Juan wasn’t yet ready to fight. The lawsuit also named the Demmer Corp., Airport Realty LLC and William Demmer, who, according to the suit, provided financing and real estate to Crown Boxing.

Touted as a way to help keep kids in inner-city neighborhoods off the streets and away from crime, youth boxing has grown in popularity over the years. However, the American Academy of Pediatrics opposes the sport of boxing for children, adolescents, and young adults since amateur boxing is a collision sport in which winning is based on the number and force of punches successfully landed on an opponent’s head and/or body. As a result, this deliberately exposes boxing participants to potentially devastating neurologic or other facial injuries. 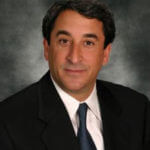