3 Things That Can Make a Divorce in Michigan More Complicated

However, the length of time before a divorce judgment is issued can dramatically increase with any of the complications outlined below.

What makes a divorce complicated?

There are three main issues that can make a divorce in Michigan complicated. These are the involvement of children, owning a business or financial issues including the division of assets and debts. Complications in one of these areas can increase the time it takes for your divorce to be finalized.

When minor children are involved in your divorce case things can become complicated. Decisions related to child support, custody, parenting time and much more will need to be decided during the course of your case. You and your spouse may agree on many of these issues, but often times disagreements exist regarding one or more issues related to children in a family. Sometimes the attorneys for each spouse can work together to reach an agreement while other times the court may need to be involved through the administration of a trial or through some form of mediation.

Determining what happens to your children is an emotional issue for most parents. Losing any time with them can be hard to handle. Because of these factors, it may take longer for you and your spouse to reach an agreement related to custody and parenting time.

Custody arrangements are determined by what the court feels will meet the best interests of the child involved. When moving forward with your case decisions will need to be made regarding sole versus joint custody. The courts will want you and your spouse to reach an agreement related to custody arrangements on your own if possible. However, the state recognizes sometimes parents will not be able to agree. In these instances, a custody evaluation will need to be made by the friend of the court.

During the evaluation, factors outlined in the Child Custody Act will be considered. These include among other considerations, the existing emotional ties between the parties involved and the child; the mental and physical health of parties involved; the proposed custodial home permanence and the willingness of one party to encourage a relationship between the child and the other party.

The initial custody arrangement or parenting time agreement reached during your divorce may change in the future. If you want to make a modification to your agreement you will need to file a motion that will be served to the other parent. Then your motion will be reviewed by a judge who will decide if the current order should be changed.

In our state, child support is determined by the Michigan Child Support Formula. State law requires the court to use this formula when setting or changing child support amounts, so there is very little room for negotiation in this area. Because of the strict formula, determining child support should not complicate or slow down your divorce proceedings.

Even though Michigan uses equitable distribution to determine how assets are divided in a divorce, having a business can cause additional complications. Not only can the division of the business assets take more time, the outcome of the court proceedings could have an impact on the future of the business. Trying to divide up the assets may impact the long-term success of the company and may have an impact on the amount of money generated by the business.

One of the first factors examined regarding a business relates to how it was started. If the couple started the business together and grew its assets during the marriage the business will need to have the assets equally divided. But, the court recognizes that splitting the business evenly may not always be the best option. There will be considerations made related to which spouse is directly involved with the daily operations of the business. Even if one spouse has always ran the business, in most cases it can still be considered marital property when one of the spouses was a homemaker during the marriage.

Another major complication that can slow down a divorce is related to money. From dividing up valuable assets to the division of accumulated debt, sorting out these items can take time. The law considers assets to be common marital property when they have been acquired by either spouse during the course of the marriage. These types of monetary assets may include:

Some monetary assets not considered for equal distribution are those received as gifts or inheritance by one spouse during the marriage. In addition, any items that were brought into the marriage will usually be protected from equal division.

These include items such as the following assets:

There are exceptions to the equal distribution. For instance, if improvements are made to a piece of property with funds accumulated during the marriage, it may be eligible for division. If you own a piece of land prior to your marriage then you and your spouse build a home on it, the court will consider the added value of the house when dividing up your assets.

Another financial area that can complicate a divorce is related to debt. Most families have some form of debt from mortgages to car loans to credit card debt. In today’s economy, debt is something for consideration in most divorces. Any joint debts that you and your spouse are responsible for paying back are considered marital debt. Typically, the court will have each person pay approximately half of the total debt owed. However, there are some instances where it may be divided unequally. These are some of the circumstances where there may be an unequal division of debt.

Whether or not you and your spouse have a lot of assets or a lot of debt, these types of money issues can complicate a divorce. Ensure you have a skilled attorney to protect your financial future when facing any of these financial issues.

How do I choose the best divorce attorney if I think my divorce is going to be complicated?

If you are confronting any of complications outlined above it is imperative to find a divorce attorney who can handle the specific needs of your case. From issues related to money to spending time with your children, these factors can have a major impact on your future. When looking for a divorce attorney ask about their experience handling cases with your particular complication.

You need a lawyer who will carefully examine the issues related to your case to find a solution that is the best for you and your family. Our team at Grewal Law is ready to provide you with the personalized service you deserve.

Contact us today for your no obligation consultation in your divorce by calling (888) 211-5798. 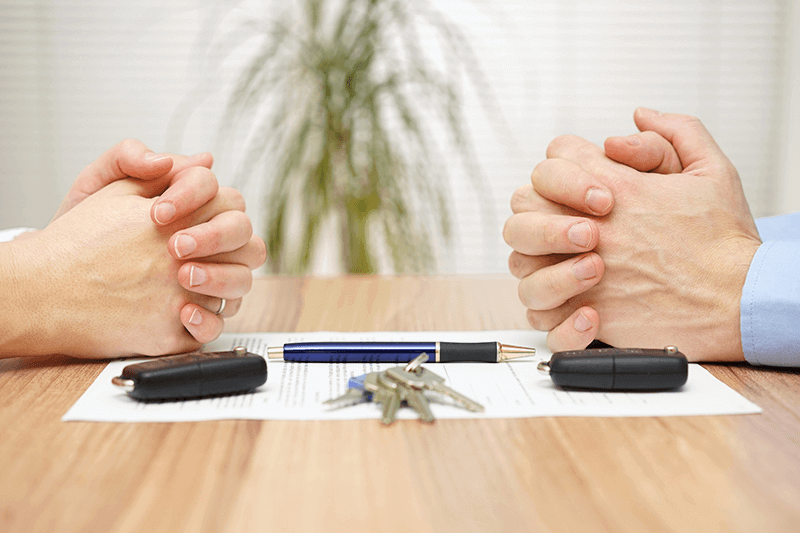