What Is Periventricular Leukomalacia (PVL)?

PVL can be caused by this sequence of events:

Indeed, babies who have been diagnosed with PVL are often later diagnosed with cerebral palsy. This is because cerebral palsy occurs when there is damage to the parts of the brain that control motor function, and these regions of the brain, in large part, are near the ventricles. Periventricular white matter is white brain matter that is immediately to the side of the two side ventricles of the brain. As mentioned, white matter is very important for muscle movement.

Damage to this area typically results in the premature baby being diagnosed with moderate to severe cerebral palsy that is classified as either spastic diplegia or spastic quadriplegia, with the legs more involved than the upper extremities. Mild to severe intellectual disability may occur, but many children with spastic cerebral palsy have a normal or above normal level of intelligence.

What Are the Causes of Oxygen Deprivation and Intrauterine Infection?

Both oxygen deprivation and intrauterine infection are common causes for periventricular leukomalacia, and it’s often possible for vigilant physicians to prevent both outcomes during the birthing process.

Here are some of the most common causes for oxygen deprivation during birth:

Causes and risk factors for intrauterine infection include:

Our Medical Malpractice Attorneys Are Here to Help

If your baby was born prematurely and was diagnosed with periventricular leukomalacia (PVL), or if you think your baby experienced a traumatic birth, oxygen deprivation, a brain bleed, delayed delivery, or delayed emergency C-section, please contact our team of experienced birth injury attorneys. The medical malpractice team at Grewal Law PLLC is comprised of attorneys and healthcare professionals, including an on-site registered nurse, pharmacist, paramedic, and respiratory therapist. We also work with the best consultants from around the country, as well as an on-site physician. Our attorneys are licensed in Michigan and Florida, and we help victims of medical malpractice and birth trauma throughout these states.

If your baby was diagnosed with HIE, seizures, cerebral palsy, motor disorders, periventricular leukomalacia (PVL), hydrocephalus, intellectual disabilities, or developmental delays, or if you experienced problems during delivery or shortly before or after birth – or in the NICU – please call us. 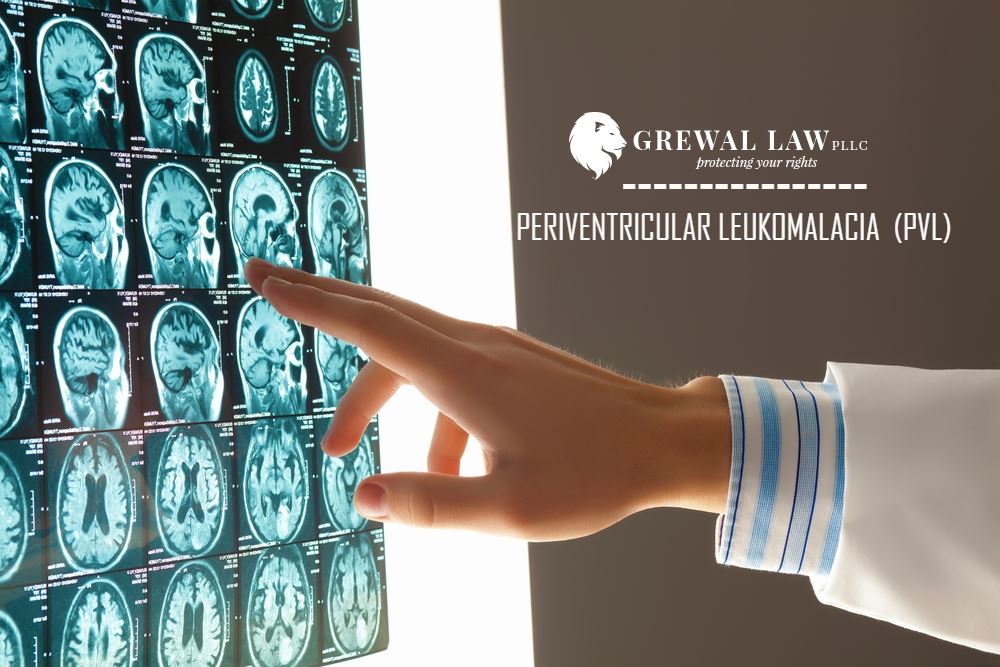