A San Francisco federal jury awarded $80 million to Edwin Hardeman after the jury decided Monsanto’s RoundUp weedkiller played a significant role in the development of his non-Hodgkin’s lymphoma, a rare form of cancer. $5.75 million of the jury verdict are for compensatory damages, such as for medical treatments and lost wages. The other $75 million are punitive damages, which are used to penalize a defendant for egregious wrongdoing.

The successful RoundUp cancer case was the first to go before a federal court for trial, and it will serve as a strong guide for future plaintiffs. In the first phases of the federal trial, the jury determined there was ample scientific and medical evidence to say regular RoundUp weedkiller use across many years did contribute substantially to Hardeman’s cancer. In the second phase of the trial, the jury established Monsanto’s liability for his damages. The jury decided that Monsanto had ignored warnings from groups like the World Health Organization (WHO) that said the glyphosate in the product was carcinogenic, and that the company continued to sell the product without adequate warning labels.

Bayer, the parent company of Monsanto, still stands firmly in saying that its products are safe, and intends to appeal the jury verdict. Still, the case result is highly encouraging to the 11,000-odd other plaintiffs with similar claims either in the works or already filed across the country. Hardeman’s case shows the argument against Monsanto is legally viable in federal court. A case against Monsanto last year that awarded a groundskeeper $289 million for damages also proved it was viable in lower courts. People with possible RoundUp weedkiller lawsuits on their hands should start to think seriously about bringing them to a law firm for help.

(Learn more about this recent successful lawsuit against Monsanto for their cancer-causing RoundUp weedkiller by clicking here and viewing a full article from CNN.)

For Legal Counsel in Michigan, Come to Grewal Law

At Grewal Law PLLC in Michigan, we are actively accepting cases from people who believe their non-Hodgkin’s lymphoma is linked to their regular use of RoundUp weedkiller. Across the last 100+ years of combined legal experience, our team of attorneys have become accustomed to taking on some of the most powerful of defendants — and succeeding. We are ready to listen to your story, determine how to proceed with our RoundUp cancer lawsuit, and support you ever step along the way towards the maximized compensation you deserve. 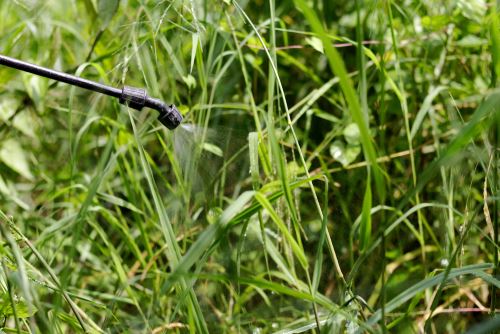